A rare interview with Billy F Gibbons revealing another artistic twist of prowess with Nacho Baños and the new guitar publication, “The Pinecaster”

Billy F Gibbons is responsible for many of the more indelible hooks from the beginnings and now, to the present. From the tangy ‘Gimme All Your Lovin’, to the raw smoothness of ‘Rough Boy’, and, “Blue Jean Blues”, Gibbons maintains truth to the vitality of the riff at a time when the paintbrush splashing watercolor works of visual enticement became enmeshed with fellow guitarist, author, and collector, Nacho Baños of Valencia, Spain. Attached is a brief connection with the BFG passion for the visual arts. 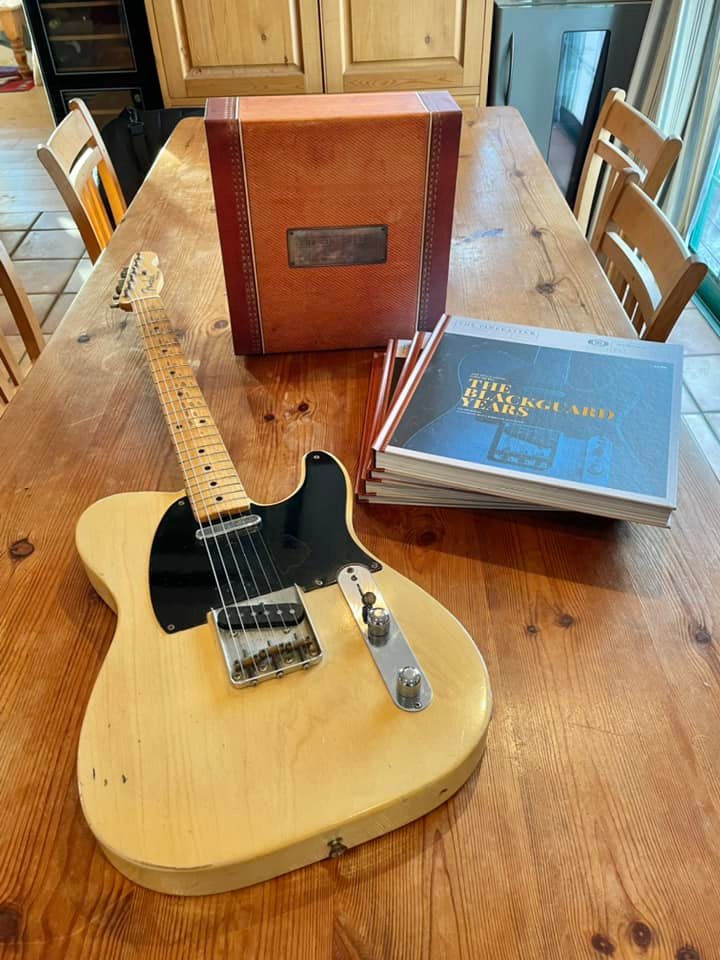 Q: Thanks mucho for sharing a few remarks highlighting the remarkable works of your fine watercolor art which is sprinkled throughout the exhaustive new work by Nacho Baños, “The Pinecaster”, which in itself covers a histrionic detail of where the electric Spanish guitar emanated from, particularly the beginnings of the Fender electric Spanish 6-string.

BFG: Perhaps it serves well to go to the wayback machine when I encountered Nacho following a ZZ Top performance at The Riviera in Madrid. This was about 1999 in summer. There were a few scattered individuals milling about the backstage area after show having drinks and generally cutting up and having a late night extension of a really good time. As I stepped through the stage door, the ZZ tour manager gestured toward their group as they were entertaining their girlfriends and at that moment it was mentioned they were a well known gang of guitar freaks from the not so far away beach town of Valencia. I was in. And it was, “Who are these guys and gals?”. That’s the general humble beginnings of an unexpected and long lasting friendship and another predictable extension of chasing “all-things-guitar”. I was hooked. And, now, after decades of sins with the 6-string, we come to the present with the release of Nacho’s next work of wonder, “The Pinecaster”… a four volume, photographic set of deeply documented origins of that thing we call, “Lectric…!”.

Q: Yes, it is a great expression to refer to this release as, “deep”. As pointed out, your painted offerings for the set are a compliment to the stellar list of contributors within the volumes. What can you describe as getting into the appeal of such a mammoth undertaking?

BFG: Yes, having developed a fascination with Nacho’s dedication to dipping down into the genetics, the DNA, of just about anything he touches was the draw. As the focus of the project began unfolding, a sense of appreciation was ignited and the stroke of the paintbrush began to slosh colors over paper like pieces of scraps torn from notebooks, scribble sheets on shirtsleeve cuffs, and just about anything else that could take ink and capture the enthusiasm the prospect of seeing Nacho’s energies that could come to fruition.

Q: It’s been well documented of your alliance with avant grade groups around the world. And now, the release of “The Pinecaster” allows first hand viewing of what seems to come quite naturally in the vividness of the colorscapes included in the books. Have you a favorite image within those pages or perhaps something we can understand the connection with the visuals and the electric guitar?

BFG: It’s probably the words of “sound”. The aural and visual excitement of seeing and hearing the effect of feeling an electric guitar cannot be denied. For something so relatively new in the grand scheme of things, there’s a mystical value to be recognized of the magnetic capture when the volume knob is cranked up to “patent-applied-for”….!

Q: BFG, we thank you for the insights of what stimulates that creative process generating the many fine renderings accompanying the pages of Nacho’s heavyweight printed accomplishment. We look forward to a follow-up of “The Pinecaster” book with another work of progressive magnitude. 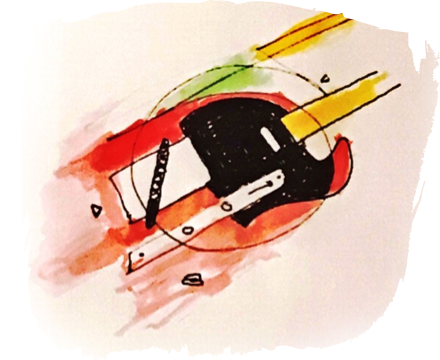