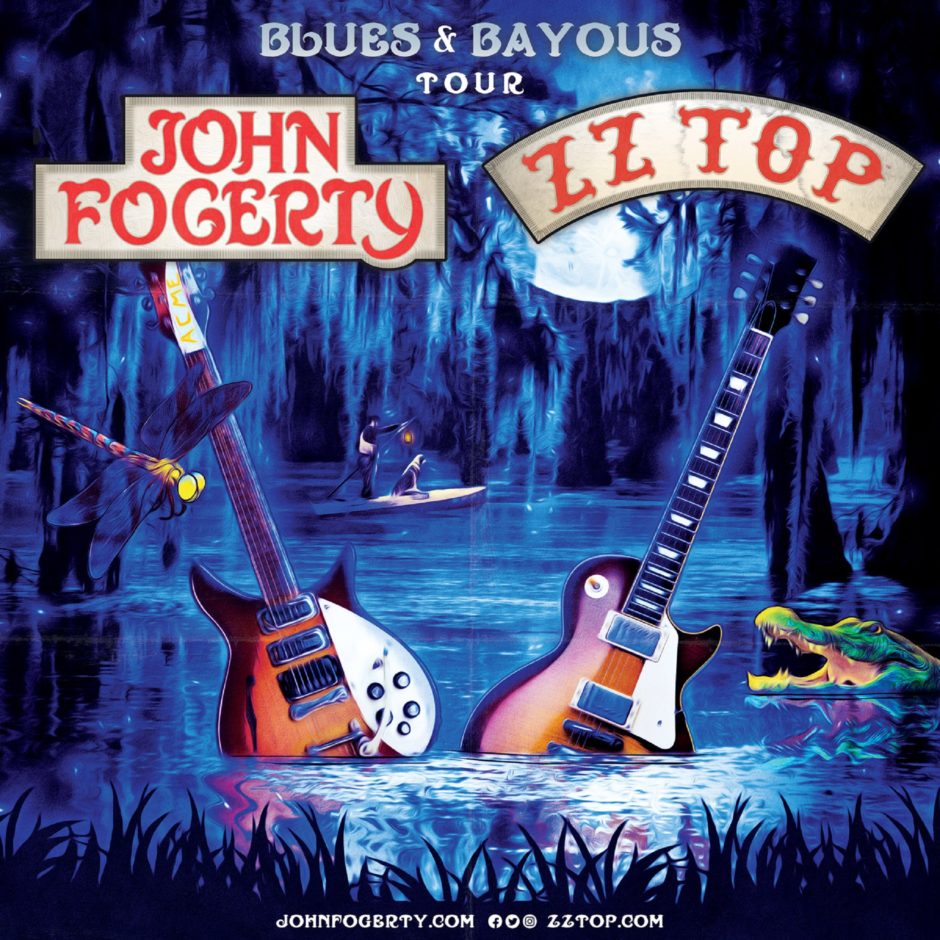 Rollingstone.com: John Fogerty and ZZ Top will unite this spring for a joint “Blues and Bayous” tour in the United States. The 24-date trek kicks off May 25th in Atlantic City, New Jersey and concludes June 29th in Welch, Minnesota.

Both acts praised each other’s music in a statement announcing the jaunt. “ZZ Top is one of my favorite bands, and Billy F Gibbons is one of my all-time favorite guitarists,” Fogerty said. “Riffs, blues and bayous … bucket list!” ZZ Top’s Gibbons added, “John Fogerty along with ZZ Top have been followers of blues and rock since the beginning, and we’re looking forward to rippin’ it up together this spring.”

Fogerty released his most recent LP, Wrote a Song for Everyone, in 2013. In September, the former CCR frontman signed a new record contract with BMG encompassing a new album and reissues of his solo catalog. ZZ Top teamed with producer Rick Rubin for their 2012 studio LP, La Futura, and they released the live album Tonite at Midnight: Live Greatest Hits From Around the World in 2016.