Mike Flanigin announced today that an exclusive online interview will take place over Sun Radio from Austin, Texas which airs at 6:00 PM, Central Standard Time, December 1st to get the party started.

Drummer Chris Layton will join the ferocious Hammond B3 specialist, Mike Flanigin, to share a few hints of what’s to come from “BFG’s Jungle Show II”…

Both Chris and Mike get the Holiday month underway with a special broadcast featuring some hot platters spinning throughout the show which promises to deliver some savory sounds that will surely satisfy.

The show is in anticipation of the exclusive, two-night engagement on December 28 and 29 in the Texas Capital City, Austin, Texas, when they saddle up with femme fatale guitarist, Sue Foley, and blues great Jimmie Vaughan alongside none other than our six-string slinger, Billy F Gibbons…!

Tune in online to Sun Radio, turn it up, sit back and enjoy. Not to miss…!

LISTEN TO LIVE STREAM OF THE RADIO STATION HERE:
http://streamdb5web.securenetsystems.net/v5/SUNRADIO 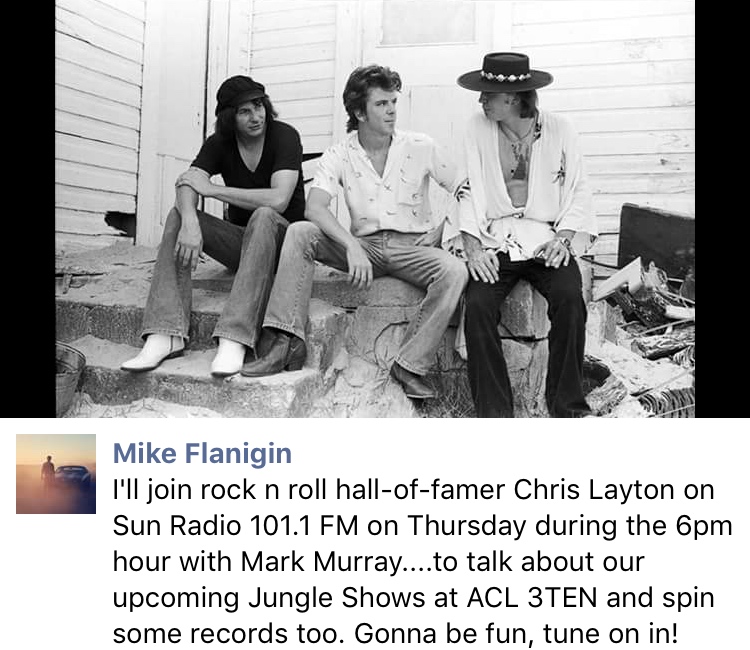 Click here for more about The Jungle Show including ticket sales