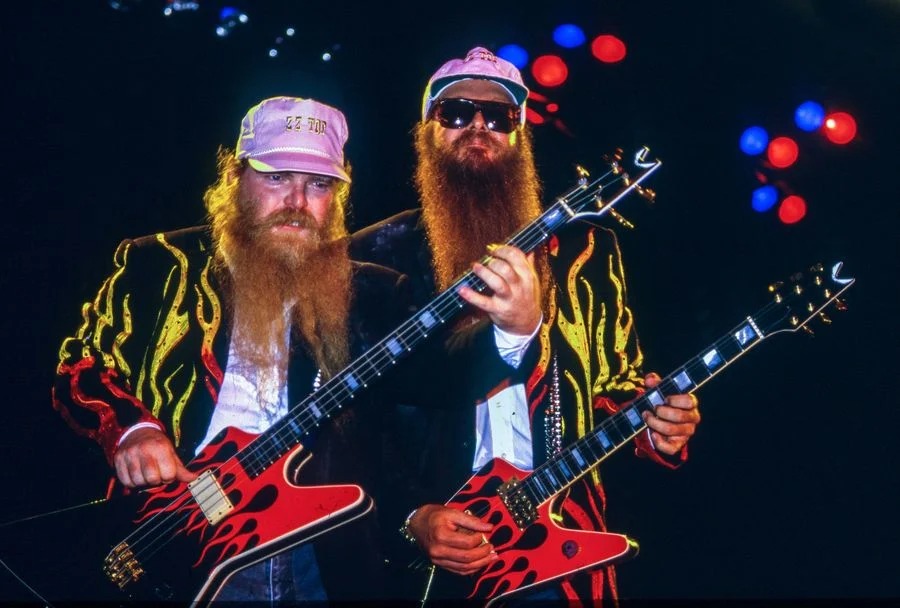 There aren’t many guitar heroes left in the world. As the cruel passage of time continues to flow past us, the need to hold on tightly to our favourite guitarists has never felt more essential. One such guitar hero is the iconic bearded genius known as Billy Gibbons. A pioneer in the proliferation of country rock with ZZ Top, Gibbons’ take on musical evolution is always worth listening to, and when you realise that Jimi Hendrix rated him among the greatest guitarists of all time, just about anything gibbons has to say is quickly elevated.

So, when the ZZ Top icon was asked about which album he couldn’t live without, the record that would accompany him to a mythical and inescapable desert island, we held our breath and awaited the next record we were certain to buy. Thankfully, Gibbons knows his stuff and picked out a 12″ of pure gold.

Back to the guitar hero in question, a sense of destiny surrounds Billy Gibbons. It feels as if the icon was destined to enter the realm of music, seeing as his father was an orchestra conductor and concert pianist who worked for Samuel Goldwyn at MGM Studios. When Gibbons was seven years old, his father took him to a B.B. King recording session, which inspired a young Gibbons to pick up a guitar for the first time. From there, he would leap from strength to strength, gaining knowledge and performance power with every new song learnt and new act witnessed.

It makes sense then that his own favourite album of all time would be from a band who enacted on a similar journey, The Rolling Stones. Having grown up in Dartford, the Stones took lessons from the Delta blues to create their own type of rock and roll. Using the iconic slides and shimmies of Chuck Berry, B.B. King and a host of others, Mick Jagger, Keith Richards, Brian Jones, Bill Wyman and Charlie Watts became the biggest band on the planet. For an artist like Gibbons, they represented the quintessential style of rock and roll.

Speaking with Elmore magazine, Gibbons only had one answer when faced with picking out one record to take with him to the aforementioned sand mound. Exile on Main St., is a simple but effective answer. Offering little in the way of elucidation on that occasion, Gibbons has often shared how much he adores the Stones and their 1972 record, despite once not selecting the record among his favourite albums of all time.

Gibbons once revealed the group as his own ‘rock gods’ giving the title to Mick Jagger and Keith Richards, in particular. He said, “Both Mick and Keith, two peas in a pod. They still remain robust and stalwart in the eyes of ZZ Top. Two characters in their own right. But I think it’s a comfortable way to give them a proper pairing.”

Gibbons added, “Meeting the Stones for the first time goes back to 1972; the Stones had booked three appearances in Hawaii. They had a Friday night show, a Saturday afternoon matinee and a Saturday night show. How [did] ZZ Top get picked to be part of that triumvirate? Three excursions into Rock and Roll land were delightful. We spent less time working up music and rehearsing the show than we did hanging out at the Waikiki Beach at the Rainbow bar. Need I say more?”

Those nights in Hawaii were probably some of the most raucous that the 1970s ever saw, what with Gibbons, Richards and Jagger all going at it, getting through a generous amount of booze and, most likely, some other nefarious substances.

Gibbons also named Keith Richards as his favourite ever guitarist. He said, “Keith Richards. It’s incredible to think that the Stones, Keith, these guys were sort of heroes of mine when I was starting out, and they’re now friends. They rescued US blues music with their work, bringing the music back home to the USA and giving the original US bluesmen a career and recognition. [Keith] is a dear friend, and he is the character; he is the barbaric pirate.”

It makes sense then that when Gibbons thinks he will be trapped on a desert island for the rest of his life, he would call on the rock gods and one barbaric pirate to come to his aid. Listen to Exile on Main St. below.