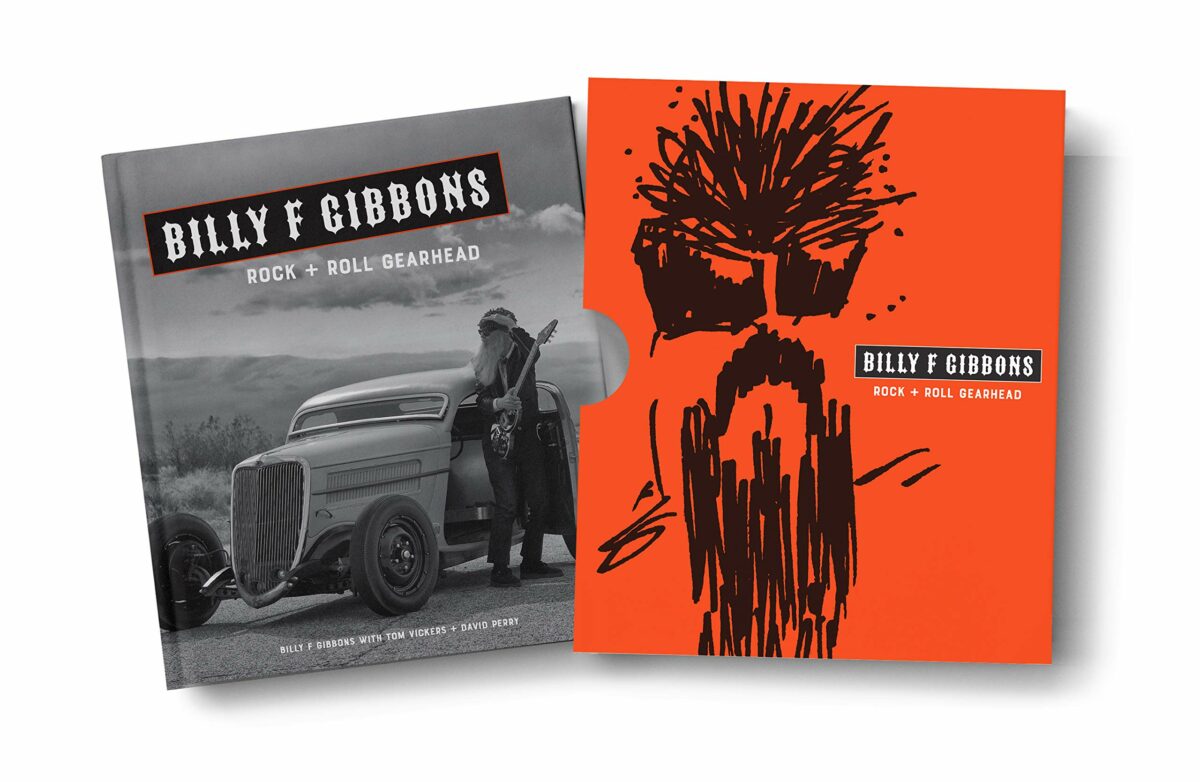 From the near-mythical ’59 Les Paul sunburst known as “Pearly Gates” and the “Furry One” of MTV renown to cars like the Eliminator, CadZZilla, and Kopperhed, they’re all here—more than sixty guitars and fifteen astounding vehicles, all expounded upon by BFG himself and shown in commissioned color and artistic black-and-white photography. Cars and guitars that have made their way to light since first publication are included:

While BFG’s cars ’n’ guitars are the stuff of legend, no less intriguing are the tales behind his incredible music career. From teenage Houston garage rocker to the Rock and Roll Hall of Fame, the whole story is between these covers, told in the Good Reverend Willie G’s own words and illustrated with photos and memorabilia from his personal archive.

As with many rockers, Billy F Gibbons’ jones for hot rods and customs is the stuff of legend. But beyond this bona fide bluesman’s mastery of the six-string and unrepentant love for internal combustion is a noted collector whose own designs have manifested themselves in hundreds of mind-bending cars and guitars. This is the definitive and official record of that genius.

The author
Billy F Gibbons is a musician, actor, and hot rod and car customizer perhaps best known as the lead guitarist for ZZ Top.

Tom Vickers is a longtime music industry pro, having worked as a journalist, manager, A&R man, publicist, and producer.

A renowned photographer residing in the Bay Area, David Perry defined the modern hot rod pin-up in the early 1990s. His other books include Hot Rod Pin-Ups and Hot Rod Kings.