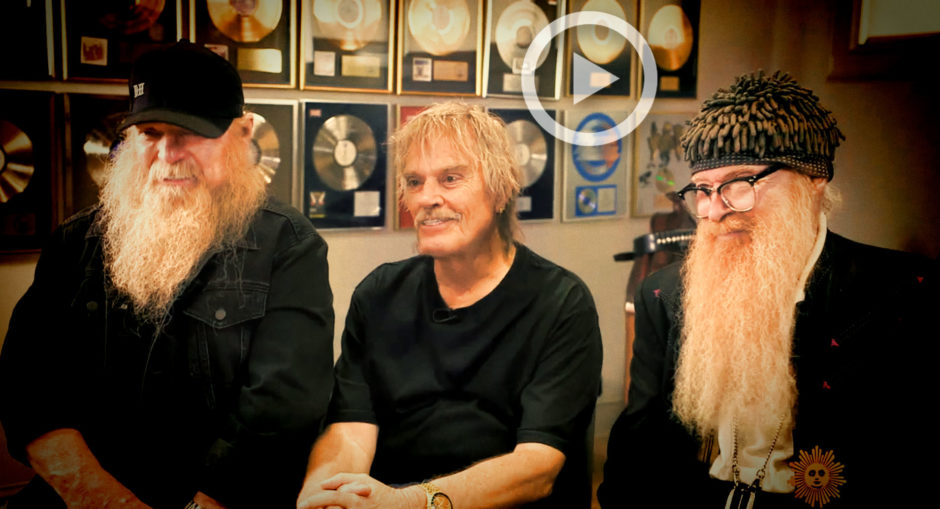 If ever anyone in rock ‘n’ roll deserved to be called greybeards, it’s ZZ Top, the self-described “same three guys playing the same three chords,” who are marking 50 years together.

Beard plays with two men whose beards would make Methuselah jealous: guitarist Billy Gibbons and bassist Dusty Hill. They met in the summer of 1969 when they were all 20 at a long-gone club in Houston, now an outdoor public art space.

“We started on this very ground,” said Gibbons. “It was a club called The Catacombs. It was a day that Frank Beard, the man with no beard, he and I were gathered together to audition bass players. And about that time Dusty strolled up, strapped on the guitar, and I think we wound up playing one song for about three hours straight!”

“Well, it went on and on, is where it went,” Hill said. . . . continue reading and watch video of interview here: https://www.cbsnews.com/news/zz-top-goin-50-dusty-hill-frank-beard-billy-gibbons/