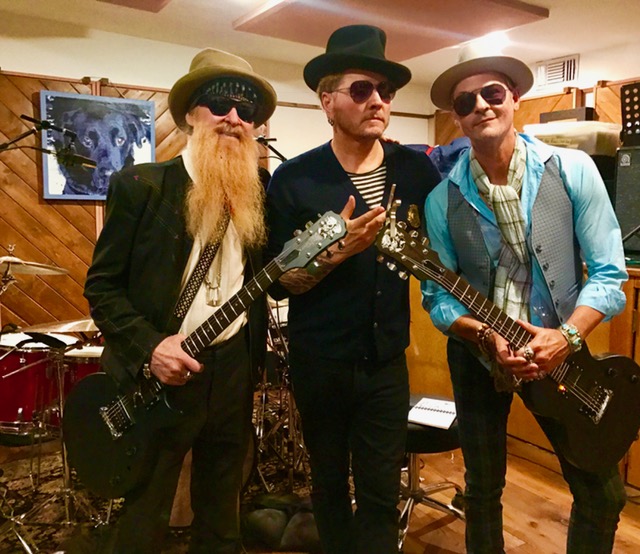 “You know we’re making this up as we go along, right?” Billy Gibbons told the Friday afternoon crowd at Antone’s after an off-the-cuff romp through ZZ Top’s immortal ‘80s anthem, “Sharp Dressed Man.” Joining the Houston-born axman were Alabama-based guitarist Austin Hanks, who opened for ZZ Top on tour last year, and Kings of Chaos drummer Matt Sorum, formerly of Guns N’ Roses, Velvet Revolver and the Cult fame. 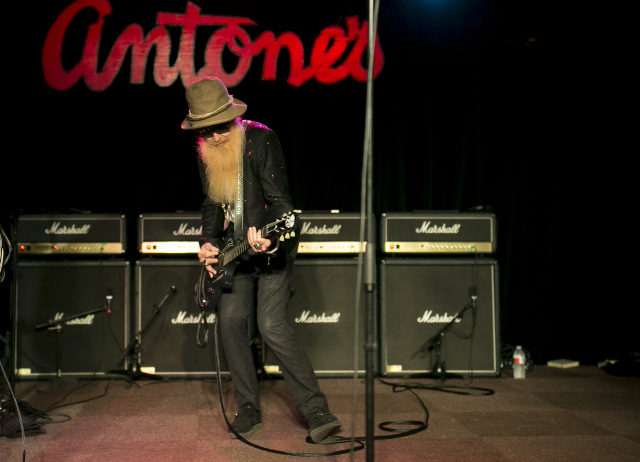 Sorum’s in town to promote Artbit, his new cryptocurrency-based app and online platform designed to help up-and-coming musicians build a community, engage their fans and promote and monetize their music while eliminating industry middlemen. Artbit team members earned hearty applause by speaking passionately about revolutionizing the way artists release music and earn a living. But let’s be real, the audience really just wanted to hear that jam session.

The makeshift trio was happy to oblige. Gibbons led the band through a handful of ZZ Top classics and blues/rock staples, including snarling renditions of Jimi Hendrix’s “Foxey Lady” and Freddie King’s “Goin’ Down.” (His rationale: “If Keith Richards can do it, so can we, right?”) With his signature cowboy hat, sunglasses and beard that reached his chest, Gibbons embodied cool, and he effortlessly fired off the buttery, red-hot blues leads that turned him into Texas royalty nearly half a century ago.

“Something tells me y’all know what that song’s about,” Gibbons teased before ripping into the barroom blues boogie of “Beer Drinkers & Hell Raisers.” The convergence of rock buffs and techies inside Antone’s was a pretty tame bunch, so no hell was raised — but plenty of beer bottles were lifted and Pura Vida Tequila shots downed.

The trio capped their brisk jam session with “La Grange,” Gibbons’ stuttering riffs and molten solos dueling with Sorum’s faithful approximations of Frank Beard’s drum fills. “Is everybody having a good time tonight?” the guitarist asked once more, either oblivious or indifferent to the fact that he was playing at 4 p.m. on a Friday. The answer was loud and clear all the same: Hell yeah.