Haynes, who handles vocals on the track, is ably assisted by the ZZ Top frontman on guitar, with harmonica added by longtime Willie Nelson sideman Mickey Raphael. The trio were just a few of the many artists lined up for Strange Angels: In Flight With Elmore James, due in stores Jan. 26 and available to pre-order now.

“‘Mean Mistreatin’ Mama’ was always one of my favorite Elmore songs,” says Haynes. “The original recording and performance has this nastiness that embodies where rock ‘n’ roll came from. One of his best vocals.”

Other contributors to the LP include soul singer Bettye LaVette, country veteran Rodney Crowell, blues guitarist-singer/songwriter Keb’ Mo’ and pop legend Tom Jones — all of whom turned out to pay their respects to an artist whose incalculable influence reverberated throughout the blues revival of the late 20th century and continues to be felt more than 50 years after his death.

“The sheer power and intent of his vocal, lyrics and guitar playing/sound hit me in the gut like no other,” enthuses drummer and producer Marco Giovino. “The opening riff and snare drum whack of ‘Dust My Broom’ is what got me, and it still blows me away every time I hear it. Every song that Elmore has recorded has that intent. Every song I listen to of Elmore’s always kills me. He is and will always be, my favorite.”

Proceeds for Strange Angels: In Flight With Elmore James will benefit a pair of charities: Edible Schoolyard NYC, which offers food education to schoolchildren, and MusiCares, which offers a variety of support and services to musicians in need. Listen to “Mean Mistreatin’ Mama” above, and check out the Strange Angels track listing below. 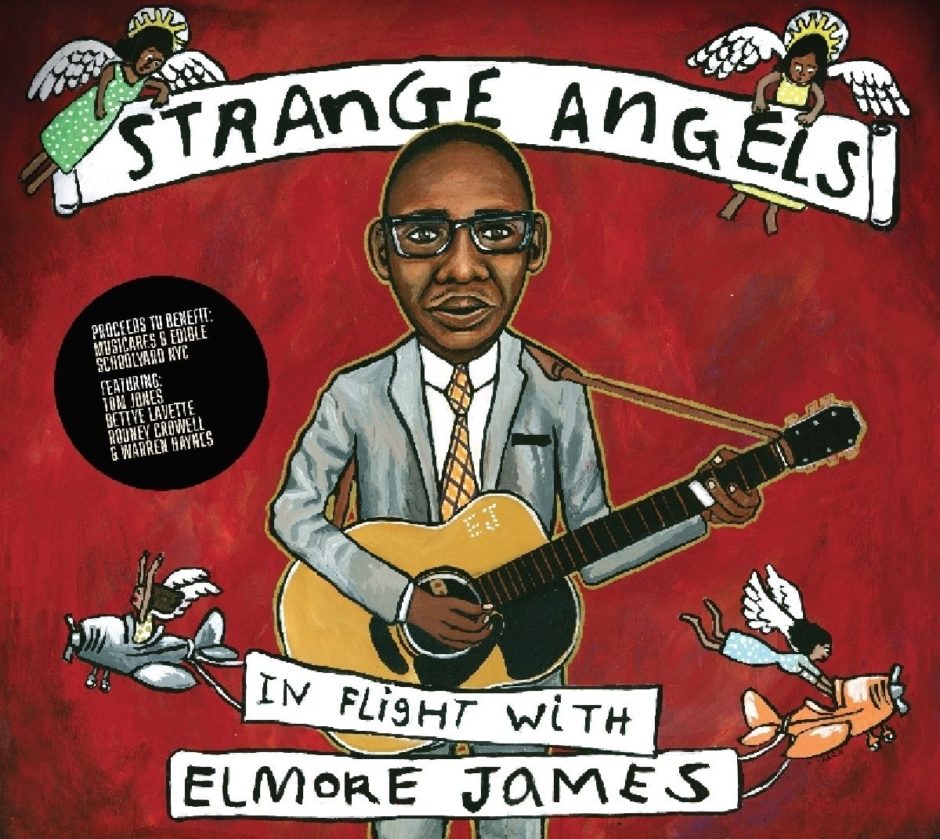